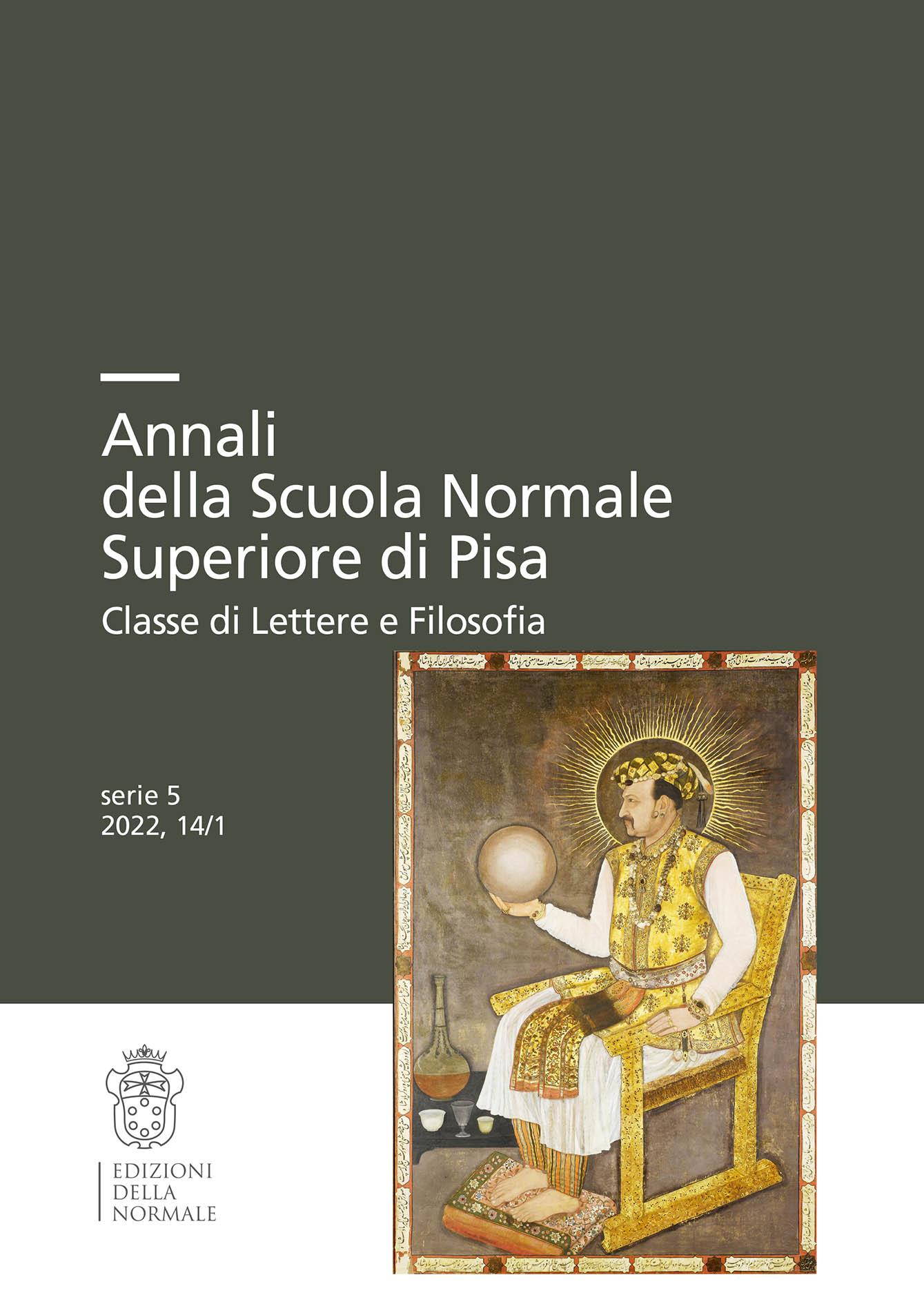 In this contribution it is demonstrated, on the basis of written and visual documents, that no later than 1638 the Medici possessed a large Mughal painting depicting the emperor Jahangir on a larger-than-life scale, very similar but not identical to one auctioned in 1995 by Sotheby’s and in 2011 by Bohnams and the subject of numerous studies in recent years; The history of the painting in the Medici collections is traced up to its destruction in the fire of the Uffizi in 1762, and hypotheses are developed on how and when it arrived in Florence; the formal characteristics of the painting are reconstructed as far as possible; finally, the article attempts to outline a credible scenario for the creation in the ateliers of the Mughal court of a type of portrait painting so unusual in the South-Asian panorama.