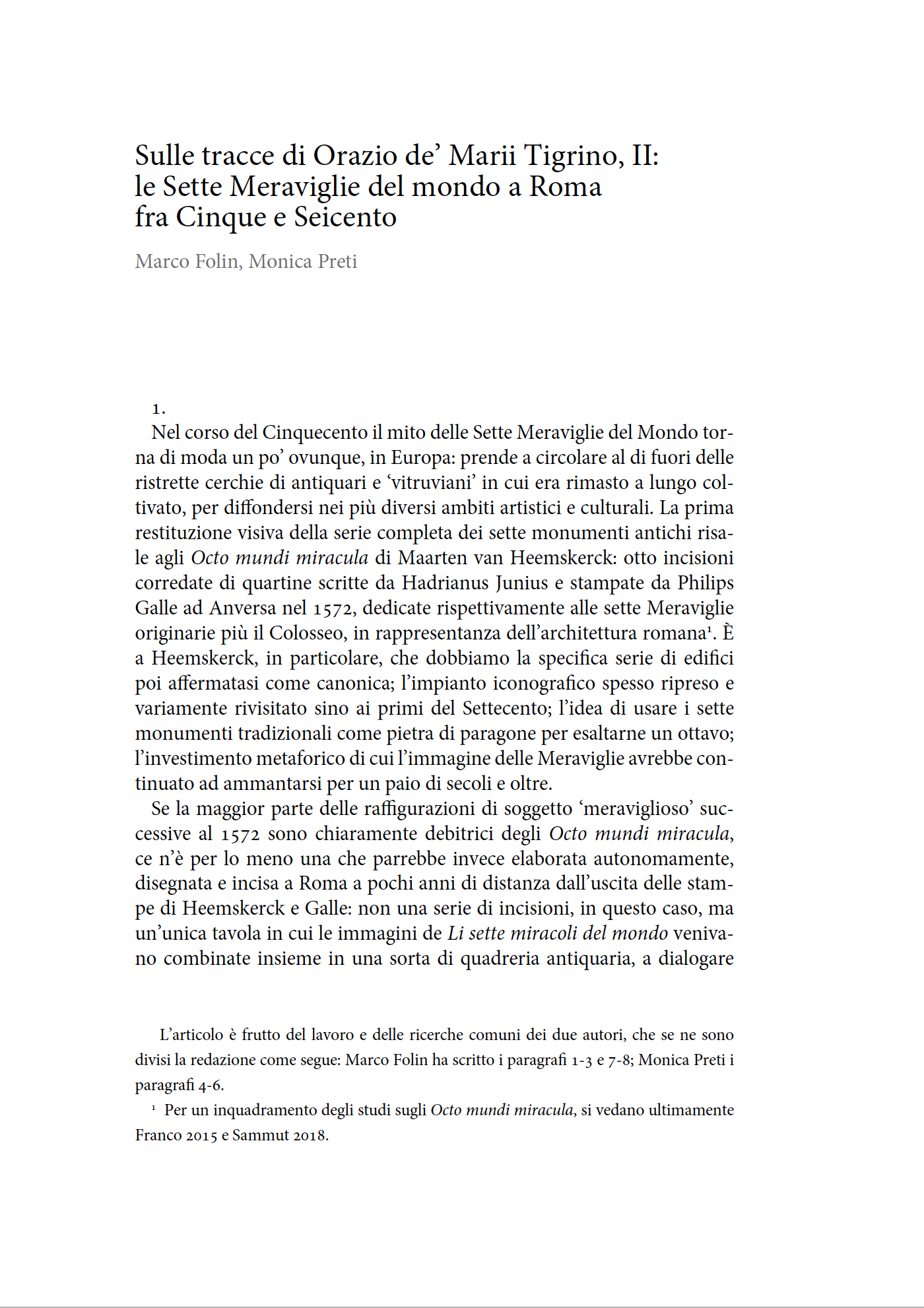 During the Renaissance, the myth of the Seven Wonders of the World gained new popularity and spread to a wide range of cultural and artistic fields. This article revolves around one of the first attempts to visually render the series as a whole: a plate printed in Rome between the 1570s and 1580s, arranging the images of the Seven Wonders in a sort of antiquarian picture gallery, in dialogue with as many fantasy scenes inspired by a sonnet by Petrarch. There are two versions of this plate, never thoroughly studied so far, which are completely identical except for the dedication: the first (1578-1583?) addressed to the son of Gregory XIII, who was actively involved in the debate on the renovatio Romae; the second (post-1613?) to an ambassador of Philip III sent to Rome to negotiate the expulsion of the Moriscos from Spain. Two very different backgrounds, then: what meaning could the common reference to the image of the Wonders and the figure of Petrarch have in the two cases? To answer this question, we compare the plate with two other contemporary series: Octo mundi miracula by Maarten van Heemskerck (1572) and Septem orbis admiranda by Antonio Tempesta (1608), both printed in Antwerp and deeply influenced by the ideals of Christian humanism, then widely fostered in Dutch Erasmian circles. Against the background of different settings - Post-Tridentine Rome and the oratorian circles on the one hand, the Spanish Netherlands and the networks of artists and printers active across the Alps on the other - the paper thus aims to contribute to the study of the relationship between antiquarian culture and neo-stoic thought, acknowledging it as one of the distinctive features of the European Republic of Letters.