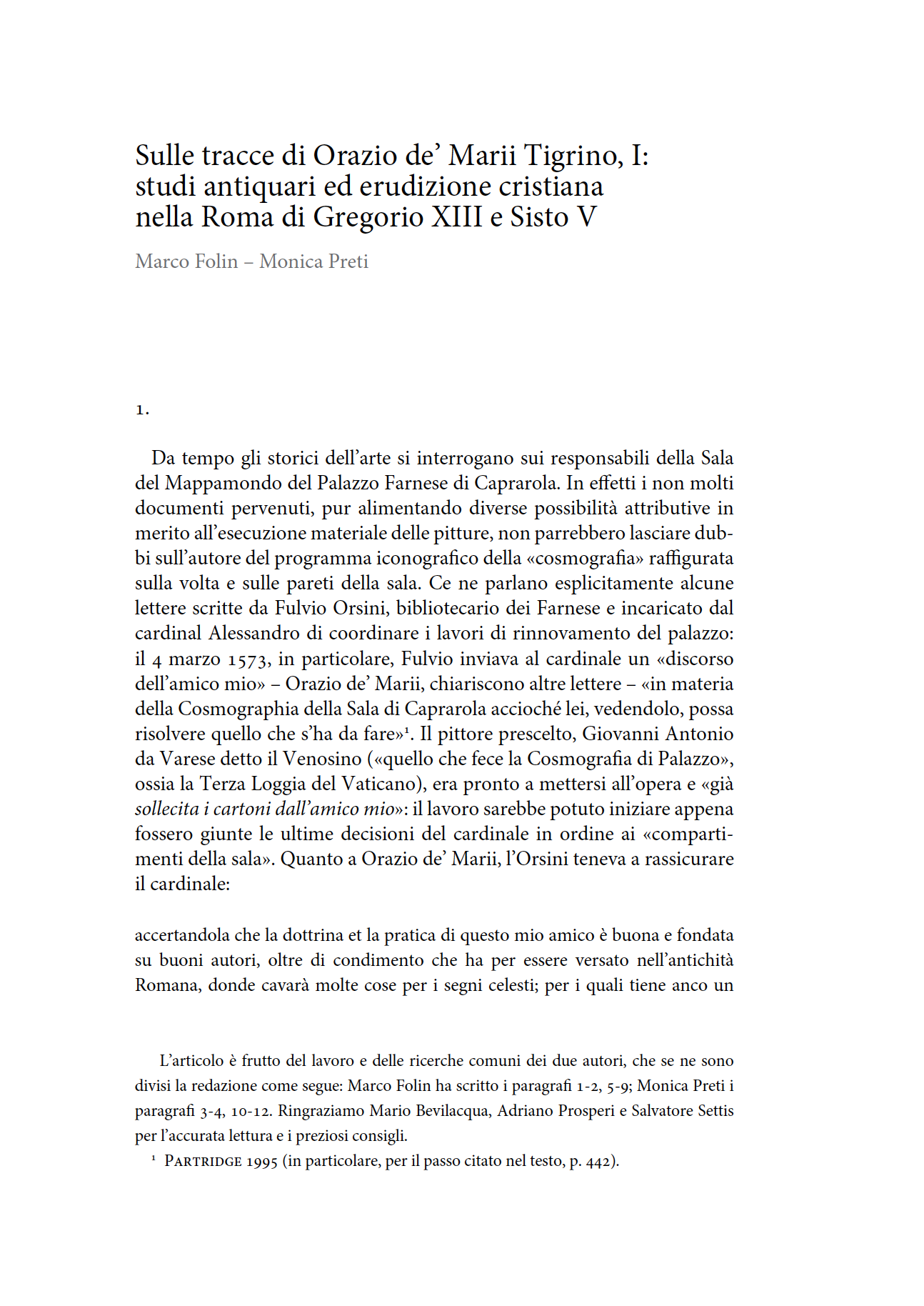 Humanist, antiquarian, collector, Orazio de’ Marii Tigrino is an elusive and in some ways enigmatic character, so far ignored by scholars. Close to the circles revolving around Alessandro Farnese and Cesare Baronio, he was among the iconographic advisors for Caprarola’s Sala del Mappamondo, and in the 1570s-80s he composed several texts and plates on various subjects. This article is a first attempt to investigate some aspects of his multifaceted interests, ranging from cosmography to cartography, from engineering to ancient architecture, from sacred history to iconography. The common thread of his research was the construction of ‘discourses’ based on a double register – one graphic, written the other – in order to allow different levels of reading, both verbal and figurative, literal and metaphorical: an example, among the others, of that visual erudition that for over a century continued to be practiced by the scholars of the Republic of Letters.