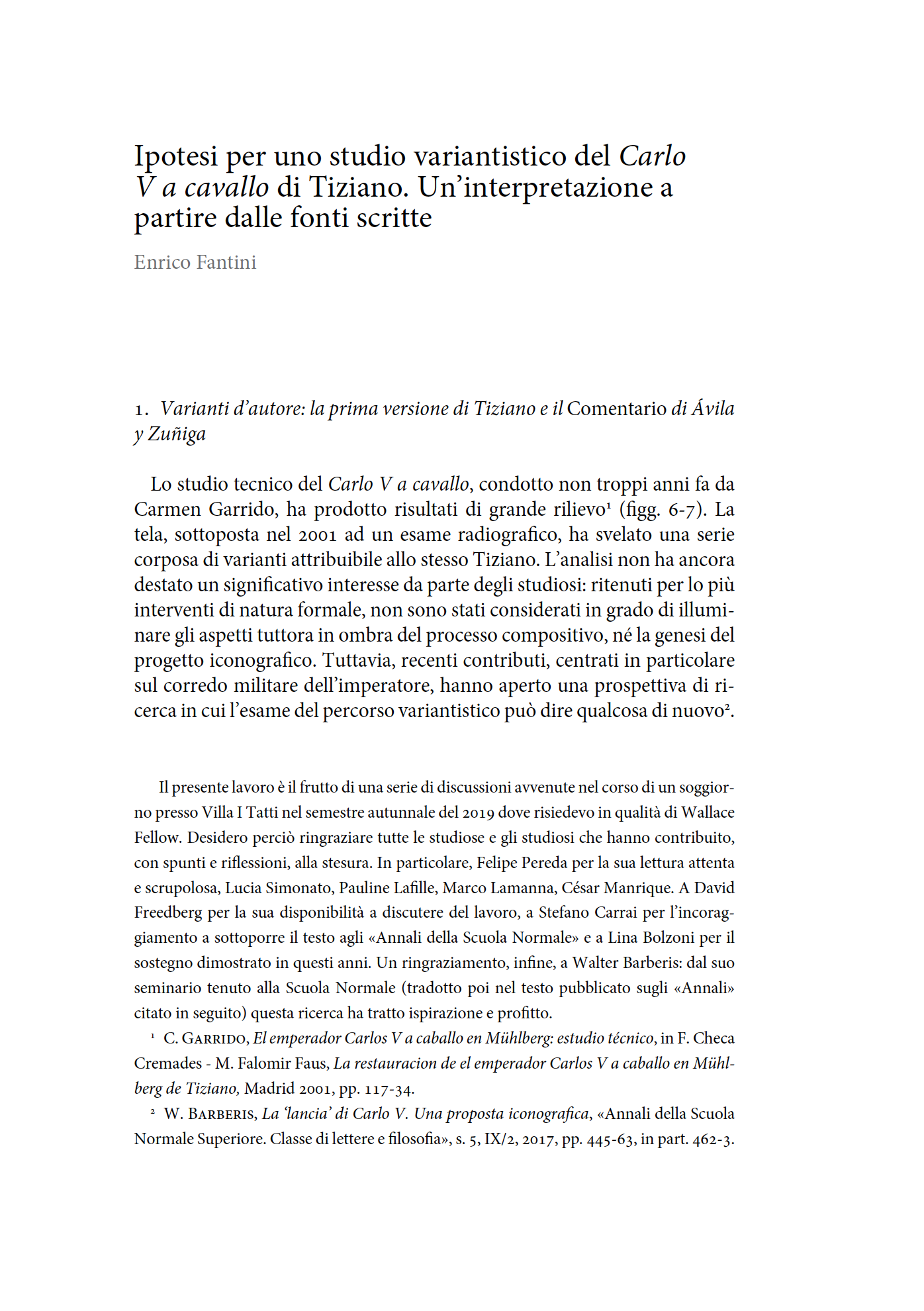 Titian’s portrait of Charles V on horseback has always been praised for its realism. One of its most distinctive features is the spear the emperor keeps in his hand. Working on the basis of the X-ray examination recently provided by Carmen Garrido, this paper aims to reconstruct why Titian reworked the first version of the portrait, modifying the shape of the spear and, more in general, the figure of the emperor as a whole. I shall maintain that a significant mistake occurring in the historical source exploited by Titian – the chronicle of Mühlberg composed by Ávila y Zuñiga – convinced him to change his early project. Then, I shall suggest that the realism of Charles V on horseback is the result of a socio-political compromise generated in the imperial court.