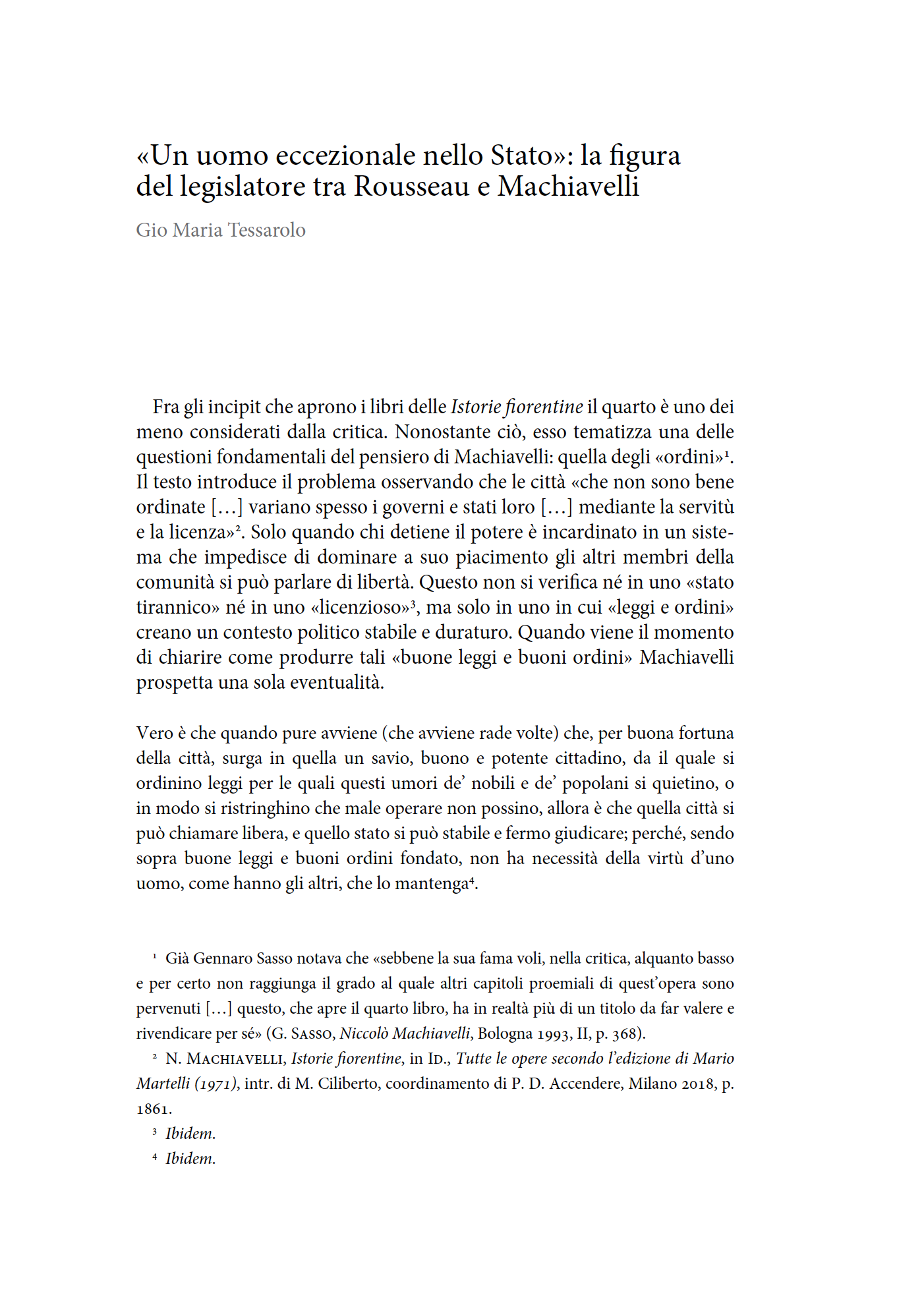 The aim of this article is to compare from a philosophical point of view how Machiavelli and Rousseau present the key figure of the legislator, whose role is crucial in both their political theories. By showing how the intervention of a legislator is rendered inevitable by common aspects of their analyses of the relationship between human nature and corruption, the first section of the text explains why this resemblance can be read as a particular instance of a more general affinity between their two philosophies. The second and third sections take into account more specific aspects by drawing a detailed comparison between the goals and methods attributed to the legislator by their texts, highlighting both similarities and differences in their treatment of issues such as the evaluation of various ancient examples, the relationship between laws and customs and the use of religion as a mode of persuasion.