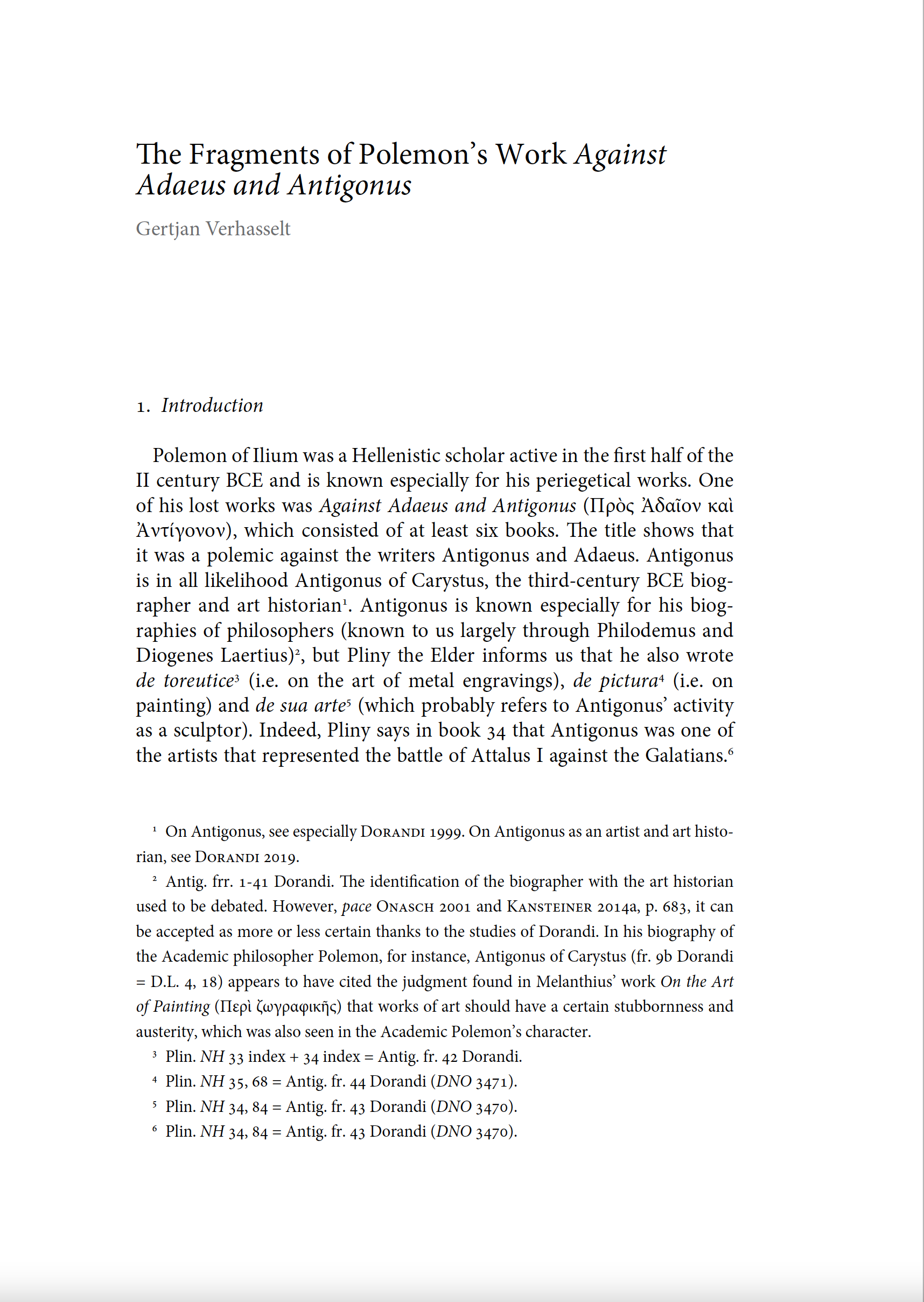 This article discusses the fragments of a work written by Polemon the Periegete, entitled Against Adaeus and Antigonus. This work was directed against Adaeus of Mitylene and Antigonus of Carystus. I discuss the fragments collected by Preller under this title, to which I add two new fragments. I first treat those on a specific artist or artwork. This is followed by the fragments where such a link is more difficult to reconstruct. I then discuss a number of fragments without a book title which Preller attributed to this work as well. Next I treat modern reconstructions of this lost work and put it in the larger framework of Polemon’s polemical works (which include works against Timaeus, Eratosthenes, Neanthes, Anaxandrides and possibly also Ister). Previous scholars have identified only a polemic with Adaeus’ and Antigonus’ works on painting and sculpture, but it may have had a wider scope, also covering metal engraving and perhaps even Antigonus’ biological and lexicographical works.