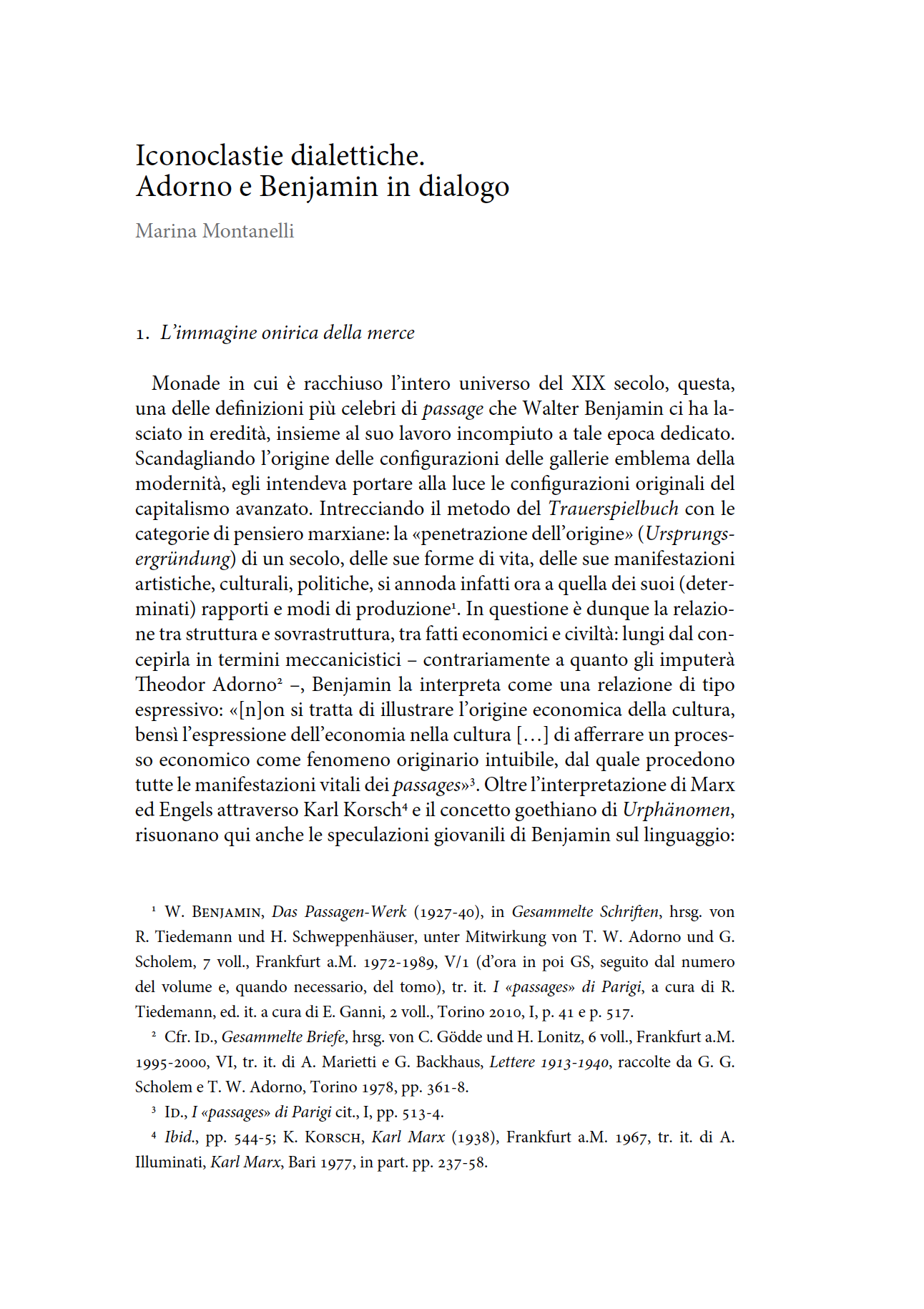 The paper provides a comparison between Benjamin’s dialectical image and Adorno’s negative dialectics starting with the problem of the fetishistic determination of image and of reification. The first part of the essay examines the critical dialogue between the two authors on the first exposé of Benjamin’s Passagen-Werk: therefore, the relationship of modernity with myth and that of the dialectical image with consciousness. The second part deals with Adorno’s and Max Horkheimer’s analysis of culture industry, focusing on the issue of imagination repression. Eventually, the paper analyzes the iconoclastic inclination, which is part of the reflection of both thinkers but with different outcomes. According to Adorno, the ban of image that allows social appearance to dissolve is possible only through the monadic exercise of thought process as negation and remembrance of a damaged nature. According to Benjamin, instead, the rupture offetishistic idolatry and the remembrance call into question the praxis through the dialectical image. A linguistic image that is capable to break the natural history schema thanks to the secret affinitas between past and present.