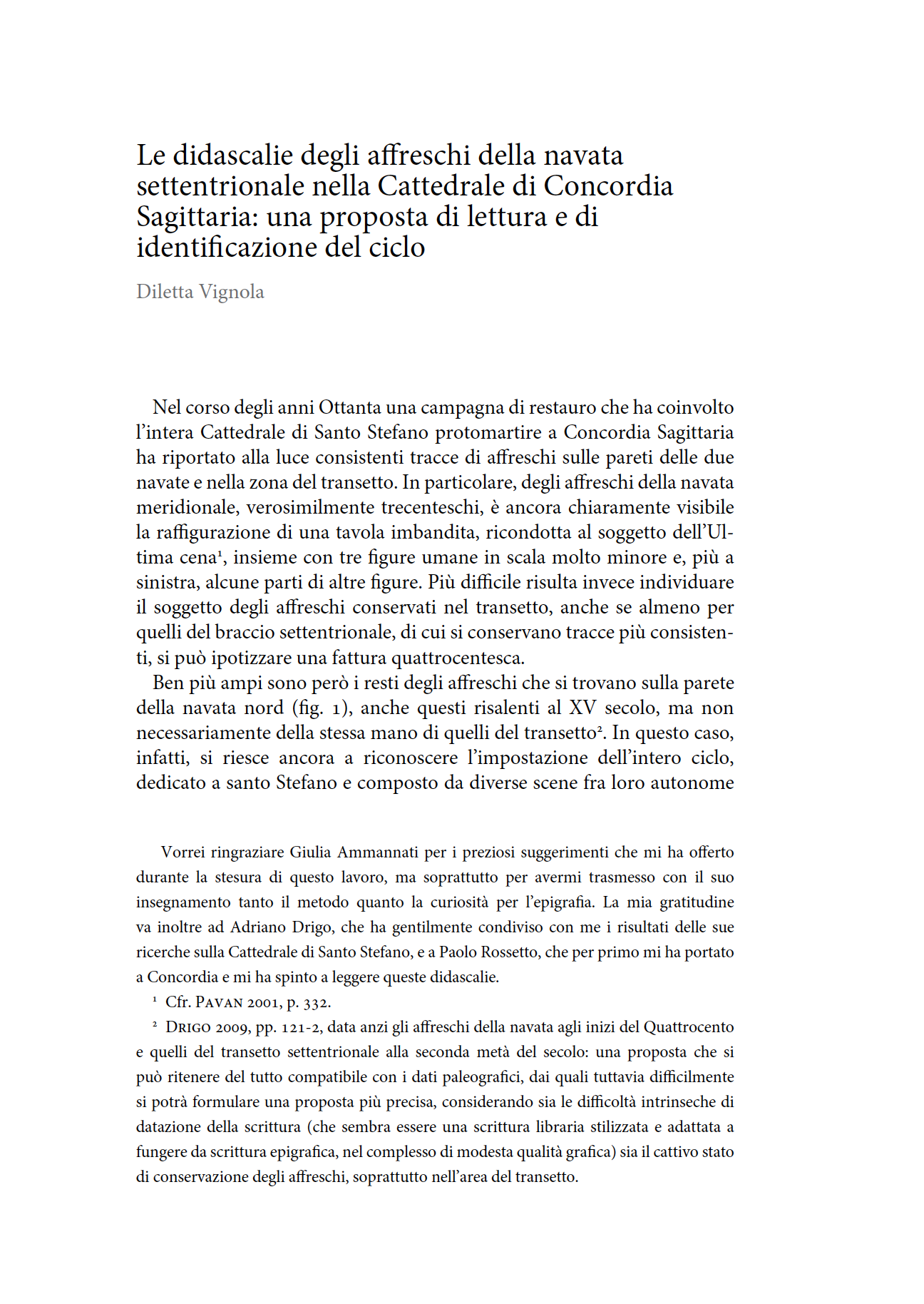 The purpose of the present paper is to offer a reading of the fragmentary captions of the frescoes which have recently been discovered, during a restoration campaign, on the wall of the north aisle in the Cattedrale di Santo Stefano Protomartire, in Corcordia Sagittaria (VE). My proposal is to identify these texts, which have never been fully deciphered, as excerpts of Saint Augustine’s De Civitate Dei, drawn from the excursus on the history of Saint Stephan in book 22. Consequently, if my reading is correct, it will be possible to identify the whole cycle, whose exact subject has remained rather mysterious so far, as the illustration of Saint Stephan’s major miracles, most of which are still recognizable: the conversion of the nobleman Martial (in the first part of the cycle, where the traces of fresco are scant), the healing of three podagri, the resurrection of a dead child, and the healing of the brother Paulus and Palladia.