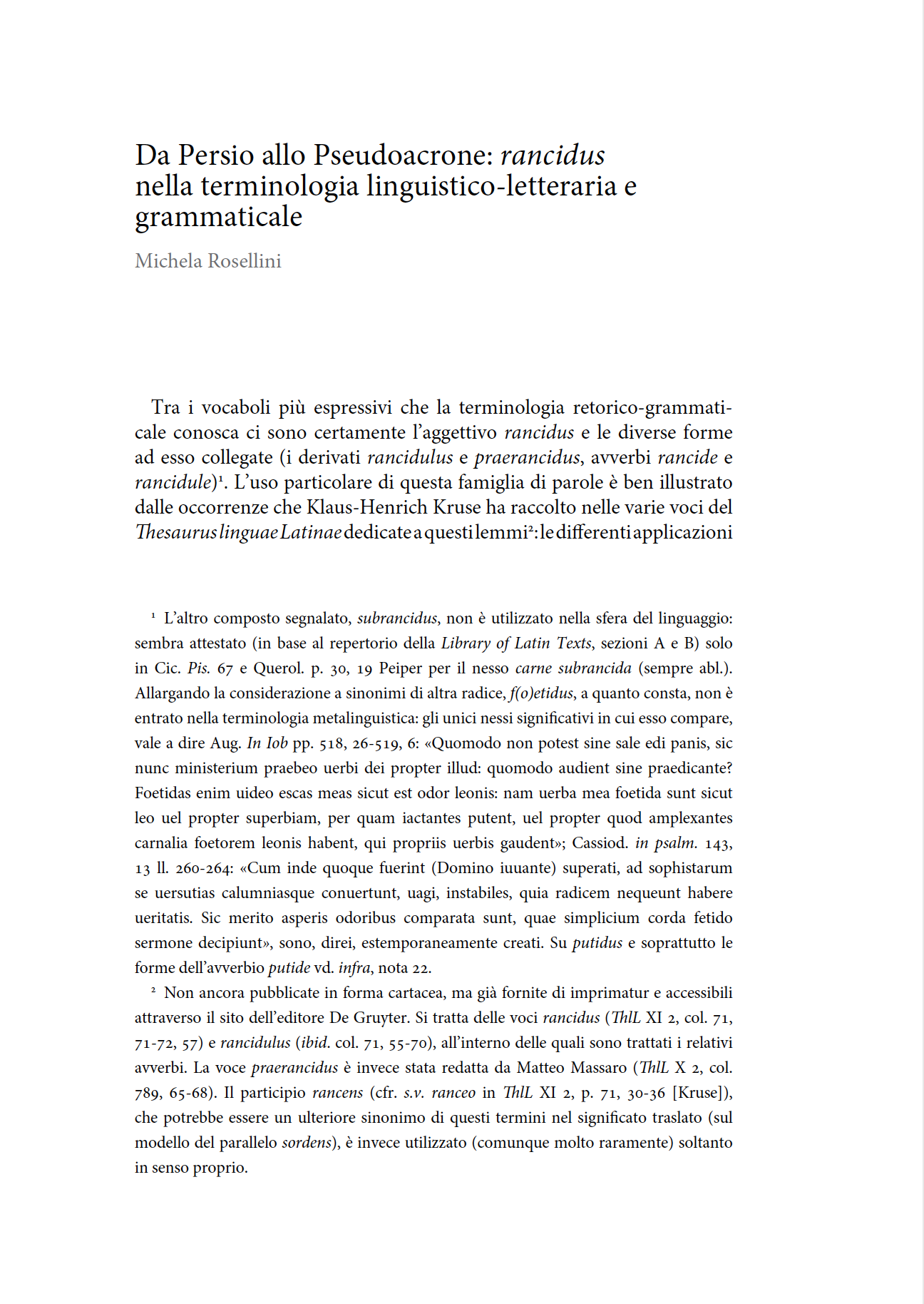 Latin critics, commentators and grammarians employ the adjective rancidus and its derivatives rancidulus, praerancidus, rancide, rancidule to describe words, constructions and texts in general. In this paper I analyze and compare the relevant passages in order to illustrate the proper meaning of this family of words in context. In the most ancient passages this lexeme is connected with the general notion of (bad) literary style (Persius); at a later time the erudite Gellius applies the concept to single words, grammatical forms, figurae orationis. The notion of rancidus in grammatical texts is mainly related to the sphere of the language’s sounds, which can be unpleasant or even nauseating for hearers, because words or word-forms can be phonetically too hard, or old-fashioned. However, the adjective rancidus (and related forms) is rare in such technical texts: in the most widespread and influential, Donatus, Servius, Priscianus, it does not appear at all.